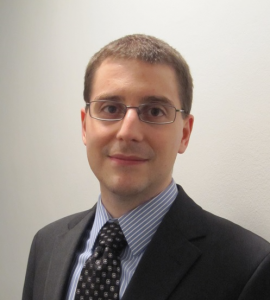 Nick Del Deo covers U.S. Communications Infrastructure (Towers, Internet Infrastructure, and Data Centers) for MoffettNathanson.  Nick joined the firm at its inception in May 2013 and was named a Rising Star of Wall Street Research by Institutional Investor magazine in 2015, 2016, and 2017.  Nick was previously a vice president at Sanford C. Bernstein & Co., joining the firm in 2008 to cover the U.S. Telecommunications and U.S. Cable and Satellite sectors with Craig Moffett.  Prior to joining Bernstein, Nick was a senior associate at Morgan Stanley Investment Management and was engaged in research and trading for a firm-sponsored hedge fund.  Nick has also worked at a start-up hedge fund and was briefly an auditor at Arthur Andersen.  Nick graduated from the University of Pennsylvania in 2001, earning a BS in Economics with concentrations in Finance and Accounting and a BA in Economics, and is also a CFA Charterholder.