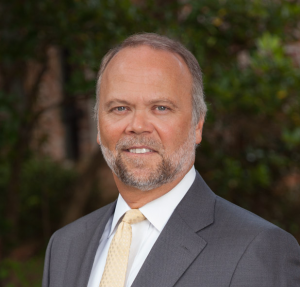 Jerry M. Sullivan, Jr. is a telecommunication pioneer and veteran with over three decades of industry experience throughout the various facets of the telecom sector. Mr. Sullivan founded and serves as Chief Executive Officer and Senior Managing Partner of Endeiro Capital Partners, LLC, a Florida based diversified management, investment and acquisition firm providing equity, debt, operating and acquisition services for its own privately-held portfolio companies as well as to new and emerging third-party telecommunications organizations and growth-stage companies seeking to expand their existing holdings and operations. Since Endeiro Capital’s inception in 2010, Mr. Sullivan has completed numerous transactions with estimated market values of over $500 million. Mr. Sullivan also currently serves as the Chief Executive Officer of Strategic Wireless Infrastructure Fund (“SWIF”), an alternative investment fund with focus on the acquisition and development of wireless telecommunications infrastructure and fiber networks. Similar to Endeiro, at SWIF he is responsible for sourcing, analyzing, structuring, financing and executing acquisition and expansion opportunities. Throughout his career Mr. Sullivan has been directly involved in numerous telecommunication acquisitions, dispositions and financings and has been primarily responsible for all aspects of infrastructure and operations applicable to the acquisition, deployment and ongoing management of numerous cellular, PCS, wireless broadband and fiber networks as well as other related telecommunication infrastructure holdings. Mr. Sullivan was also Co-founder of Tritel, Inc., an AT&T Wireless PCS affiliate where he served as Director, Executive Vice President and Chief Operating Officer. At Tritel he was instrumental in securing both private and public debt and equity financings resulting in one of the most successful wireless affiliate transactions in telecommunications history. Other recognizable industry successes and executive positions include Chairman, President, and Chief Executive Officer of Kite Broadband, LLC which maintained all of the nationwide operations for Sprint Broadband and operated under the Sprint Trademark. Additionally, he served as Executive Vice President & Chief Strategy Officer of Westower Communications; Director, Vice President and Chief Operating Officer of Mercury Communications, Inc., Co-founder, Vice President and Chief Operating Officer of Mercury International Ventures as well as serving on numerous Board of Directors and/or Board of Managers of various companies including among others, Clearwave Communications, Waterford Consultants, Solution Seven and Black Dot Holdings. Prior to his tenure in the telecommunications industry, Mr. Sullivan began his career in the oil and gas industry where he was responsible for the acquisition, operations and management of private and public investment and development programs. Mr. Sullivan is involved in various advisory roles with numerous telecommunication industry associations, local and state organizations, private foundations as well as educational institutions and charities including Millsaps College and Make-A-Wish where he serves on the board of directors. Mr. Sullivan holds a Bachelor of Science Degree from Mississippi College in Clinton, Mississippi.